Here’s how it works:

The Jewish Film Festival of Dallas provides a window to the Jewish experience and allows us to explore contemporary and historical themes in many different global settings. Some films will make you laugh and others will make you cry…all will provide you with a life lesson. In our 24th festival, we are delighted to present five compelling films in August and five in April. After many of the films we will have a Talk Back with an expert on the subject matter at hand to enhance the viewing and learning experience for our audience and to strengthen our sense of community.

Previous Films and Talk Back Recordings

While visiting a PoW camp near Manchester at the end of WWII, Margaret and her father, the manager of the local football team, notice a young German soldier Bert Trautmann. Margaret’s father is so taken by Bert’s prowess as a goal-keeper that he gets him out of the camp to play for his team. While Margaret’s and Bert’s love slowly blossoms despite local hostility, Bert’s heroics in goal are noticed by Man City. Rather than going back to Germany, Bert marries Margaret and signs for Man City. His signing causes outrage to thousands of Man City fans, many of them Jewish. But Bert and Margaret receive support from an unexpected direction: Rabbi Alexander Altmann, a Man City supporter who fled the Nazis. Thus Bert’s path to acceptance begins. At the 1956 FA Cup Final he achieves ultimate reconciliation, when he secures victory for Man City by playing on despite breaking his neck. Yet fate twists the knife for both Margaret and Bert and their loyalty to each other will be put to the test once more. 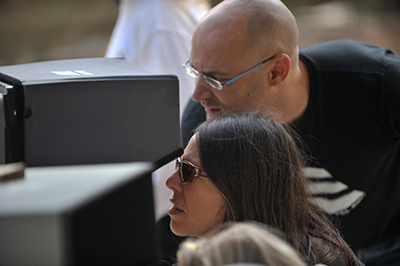 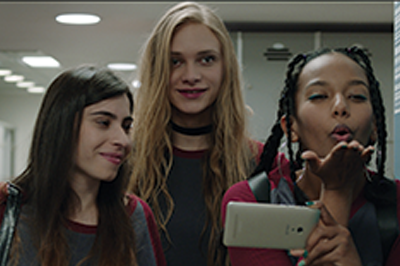 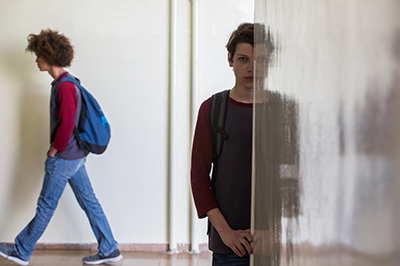 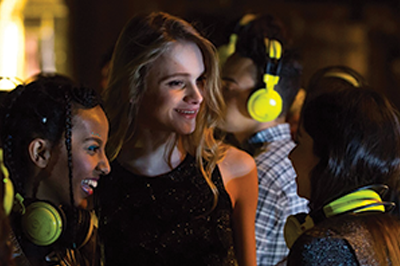 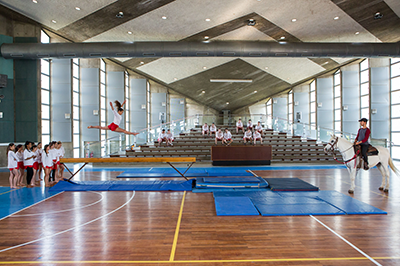 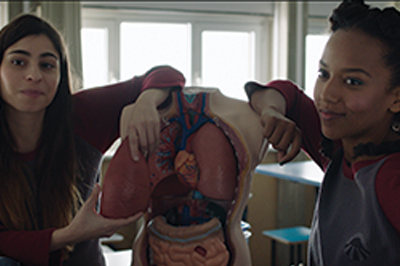 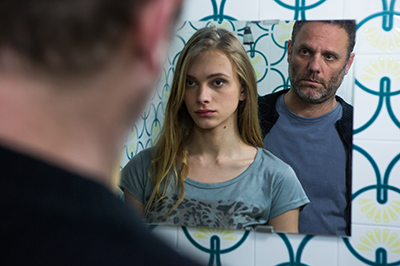 A sisterhood of high school outcasts seeks to remake themselves while prepping for prom night in this provocatively funny and poignant coming-of-age dramedy, nominated for 12 Israeli Academy Awards. Hiding that she’s transgender, mysterious new student Eden enters a cliquish Jerusalem school, where she befriends two other girls who harbor their own unrealized dreams. Envious of their picture-perfect classmates, the teens band together on an impulsive adventure to Ukraine, going to dangerous extremes to bankroll cosmetic surgery. This beguiling, cautionary tale of identity, self-discovery and prejudice features a standout performance by Stav Strashko, the first transgender woman nominated for Israel’s top acting prize.

Sharon Maymon (1973, Ramla) graduated from the Camera Obscura College of Arts in Tel Aviv. After making a number of short films, she co-directed her first feature, A MATTER OF SIZE, with Erez Tadmor. The film made the rounds of many international festivals and won several awards. In 2006 she teamed up with Tal Granit (1969, Tel Aviv), a graduate of Jerusalem’s Sam Spiegel Film School, to write and direct MORTGAGE, winner of the Best Drama Award at the Jerusalem Film Festival. They partnered again on two shorts, TO KILL A BUMBLEBEE in 2009 and SUMMER VACATION in 2012. In 2010, the duo won the Best Pitch Award at the Berlinale for the script of MY SWEET EUTHANASIA, on which THE FAREWELL PARTY is based. The film was part of the 2014 editions of Venice International Film Festival’s Venice Days and Toronto International Film Festival. FLAWLESS, their second feature film, has already received 12 nominations for the Israeli Academy Awards and will celebrate its international premiere at Tribeca Film Festival.

Thursday, Aug. 20 at 7 pm CT | Talk Back on Zoom with Dr. Nils Roemer, Ackermann Center, University of Texas at Dallas

Please note: the window to purchase an online ticket closes each Monday at 4 pm CT for that week’s film

In this gentle, beautifully rendered historical family drama, a German-Jewish girl takes her first steps into adulthood, as world events intrude on her happy, carefree existence. Nine-year-old Anna is too busy with schoolwork and friends to notice Hitler’s face glaring from posters plastered all over 1933 Berlin. But when her father suddenly vanishes, and the family is secretly hurried out of Germany, Anna begins to understand life will never be the same. What follows is a courageous adventure full of fear and uncertainty, as Anna and her family navigate unfamiliar lands, and cope with the challenges of being refugees. Oscar-winning filmmaker Caroline Link directs this adaptation of Judith Kerr’s semiautobiographical bestselling children’s novel.

Learn more about the film

Please note the window to purchase an online ticket closes each Monday at 4 pm CT for that week’s film. For ticket sales after 4:00 pm send an email to rweisscrane@jccdallas.org and provide a phone number where you can be reached.

This sobering documentary sounds the alarm on the rise of anti-Semitism in the United States and historic Jewish neighborhoods in Europe. Scenes of hate rallies, attacks on synagogues, and other chilling examples of violent anti-Semitic activities underscore the message of the film, that history is repeating itself. Interestingly, the producers and producer/director are not Jewish, but felt compelled to shed a light on the renewed intolerance taking root in our communities, institutions, and universities, with far-reaching consequences around the world. To quote producer Montel Williams, “anytime hate crime happens to anyone, it happens to all of us.” 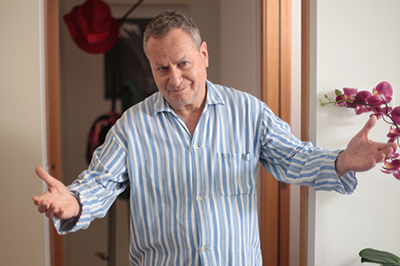 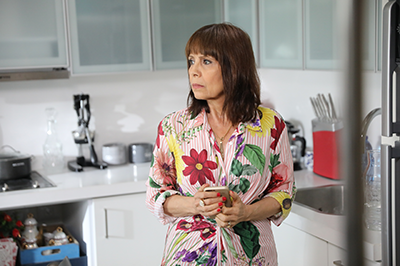 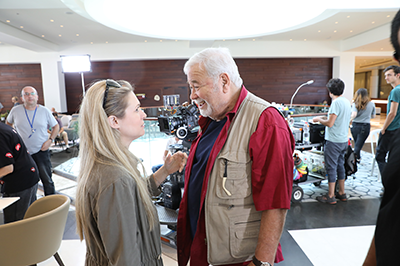 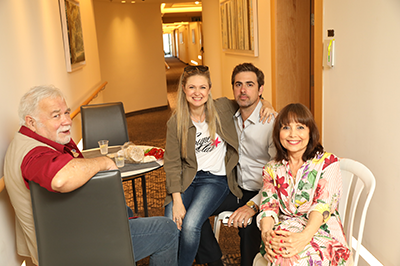 Please note: the window to purchase an online ticket closes each Monday at 4 pm CT for that week’s film

When absent-minded widow Tami accidentally hits 70-year-old widower Beno with her car, the last thing on her mind is love and romance. Trying to ensure Beno will not sue her, she invites him over to her apartment. Against her wishes and although she finds it hard to move on following her husband’s death, Tami starts falling for Beno. But will their budding relationship survive the scrutiny of their children, their nosy neighbors, and her other suitors? A charming romantic comedy for the young and young at heart. In the words of co-star Nitza Shaul, “love has no boundaries…love is ageless”.

Congratulations to Golda’s Balcony for winning the 2019 Audience Choice Award!

Picture of His Life

Watch the Trailer
Rent the Film

Amos Nachoum is one of the greatest underwater photographers of all times. Fascinated by the most fearsome creatures on Earth, he has developed a unique approach, that puts him face to face with his subjects, without any protection.

He swam with crocodiles and killer whales, with anacondas and with great white sharks but one major predator has always eluded him, the Polar bear. He tried before and barely escaped, but now, after four decades in the wilderness, Amos is determined to give it one last shot.
The danger is real, perhaps more real than ever, but this is his last chance to get the picture of a lifetime.

As the journey unfolds, Amos contemplates the series of unspoken events that drove him here, to the end of the world. It has been a long and painful journey, after serving in an Elite Commando unit and witnessing the horrors of war, but where others find fear, Amos finds redemption.

In partnership with IFC Films and Tamar Simon from Mean Streets Management.

Film description: The story of a group of Jewish Boy Scouts who worked with the French Resistance to save the lives of ten thousand orphans during World War II.

Each year the Jewish Film Festival of Dallas will award a cash prize to a young filmmaker that shows merit in creating a short film containing Jewish content or theme. The winner will be chosen by a select committee after an application period for entries. More than one award may be given depending on number of applicants and value of works submitted.